Skip to content
We had a stop in Ljubljana, Slovenia for a couple nights as we wanted to visit the capital city, but mostly to go visit the Skocjan caves not far from there. We took the morning train and after around 1.5 hours we got to Divaca. A shuttle bus was waiting for people from the train that wanted to go visit the caves and the bus was free. We didn’t know what to expect from the caves but we were really impressed. We took a 2 hours guided tour underground and it was one of the best things we’ve visited so far, comparable to the Fjords of Norway or the Arches in the desert of Moab. We were 100 meters or so underground and there was also a river running in the middle. The ceiling is covered in stalactites and the floors have a lot of stalagmites. We could also see signs of the first explorations and tourists paths with staircases carved in stone. The new path is way easier than the original and has a bridge going across the river. We ended the visit by a couple museums waiting for the shuttle to go back to the train station.
Unfortunately, taking pictures is forbidden on the tour. We have a few pictures of Ljubljana and also some pictures after we were outside the caves. 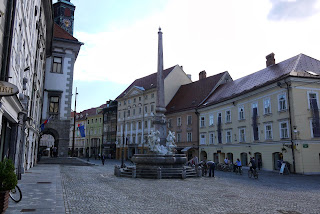 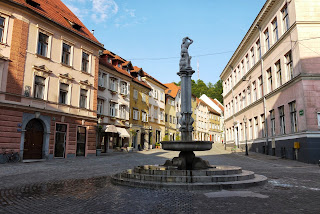 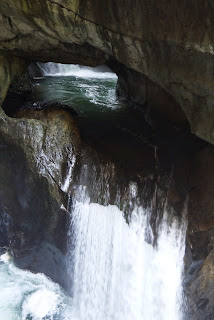 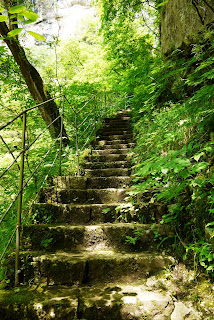 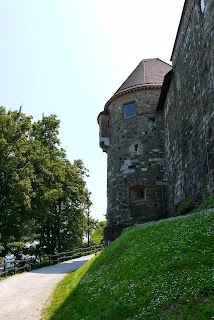