Skip to content
We started our second day of hiking in Cappadocia by finding the head of the Pigeon Valley trail that starts in town. It was not easy to find as the paths are not clearly indicated. We finally made it to the beginning of the trail and hiked our way down the valley. At one point the path was unfortunately blocked so we decided to try to climb the rocks to go over it. It didn’t quite work, we made it up but then we would have had to do some serious rock climbing, so we decided that coming down and trying to find another path was a better and safer idea. Thanks to Seb’s GPS application in his phone, we were able to follow the path we had originally planned on taking. There are no indications to follow to make sure one is on the right path so we had to guess most of the time. After enjoying the apple trees, we crossed the main road to get into White Valley, which led to Love Valley.  Walking in the valleys was really cool as we got to see more rock formations. It was also pretty quiet as in October there are not that many tourists in town and in the trails. We had a great time and really enjoyed being out in the nature and seeing amazing scenery. After our 11.8 kilometers hike, we went back to the bungalow to relax and shower. Later we went out again to mail a few things back home and buy some food in the supermarket. We settled on a traditional Jordanian meal as making supper without a kitchen can be challenging! We had some delicious bread, lebaneh, hummus, olive oil and homemade za’arta.
A couple night shots around Goreme: 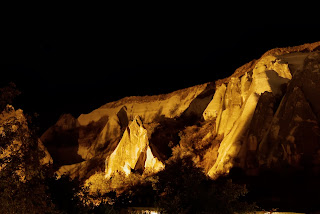 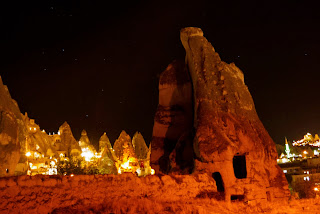 These are in the town of Goreme: 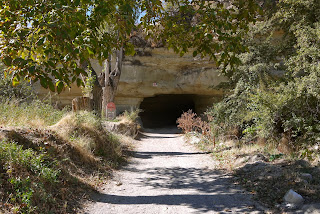 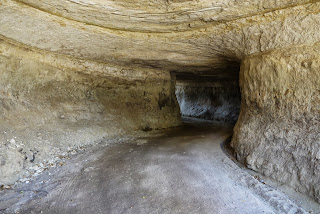 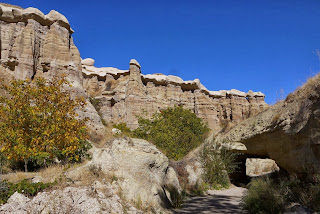 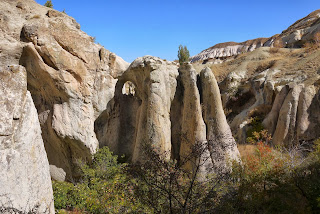 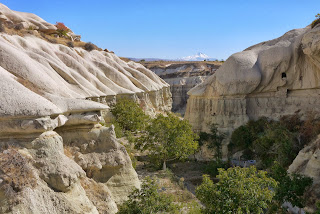 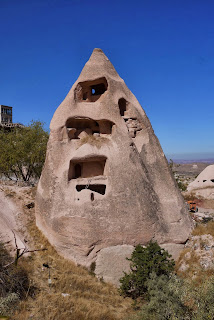 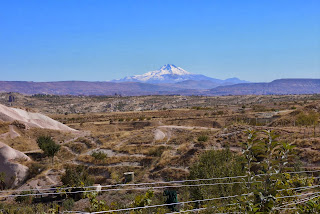 The White Valley and the Love Valley: 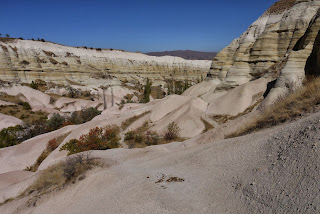 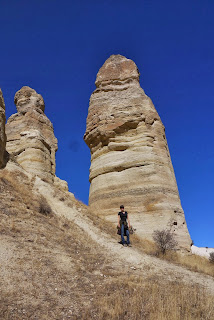 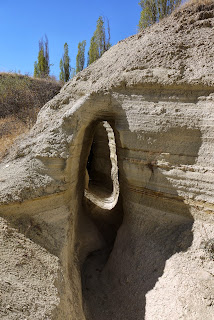 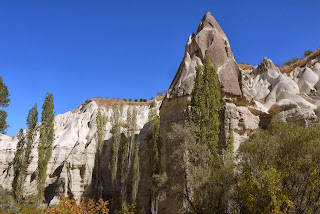 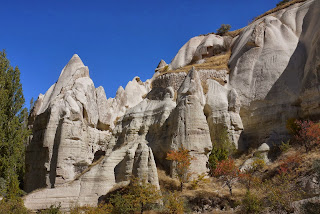 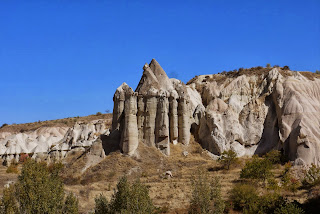 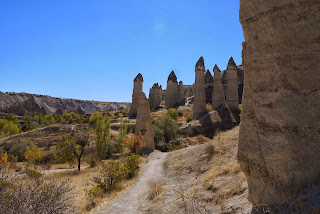 And there is the trail: